When it comes to programming efficiently, many coders find that listening to music (or some other form of audio) immensely helps their concentration and boosts their productivity. Before we jump into giving you a list of the best music for programming, lets challenge that assumption for a minute – does music/audio really help you be a better programmer? 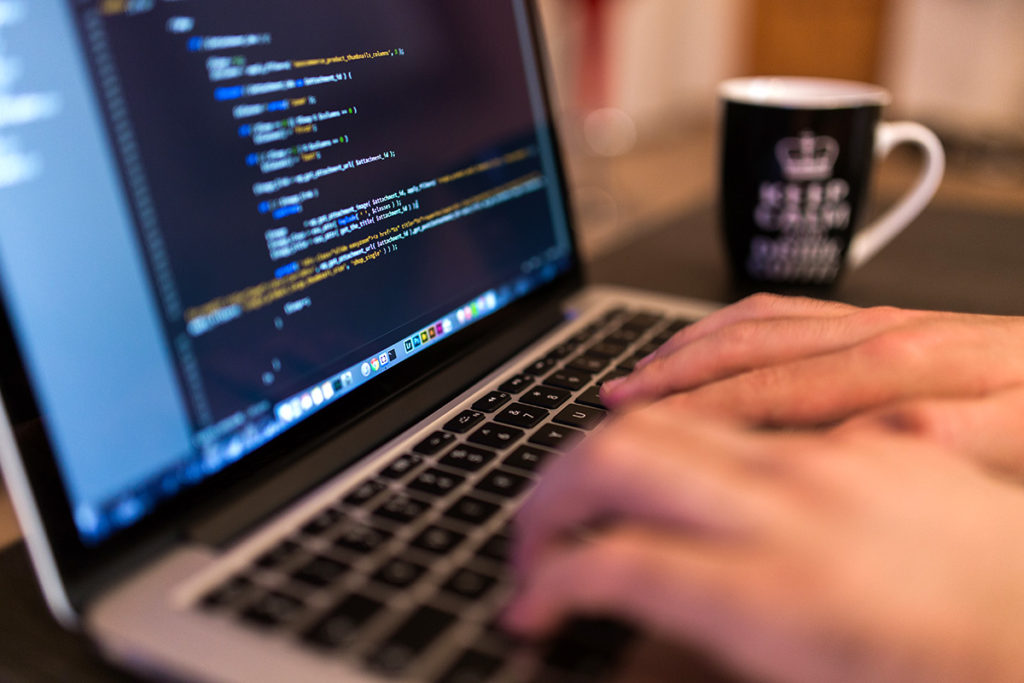 Does Music Help You Program?

While listening to music won’t make you a more knowledgeable or skilled programmer, studies have shown that it can increase your concentration, creativity, and focus. Let’s look at evidence that has come from some academic studies on the topic.

One great source for this topic is an excerpt from Music and Learning by Christ Brewer. He found the following mental attributes can benefit from music –

Music stabilizes mental, physical and emotional rhythms to attain a state of deep concentration and focus in which large amounts of content information can be processed and learned. Baroque music, such as that composed by Bach, Handel or Telemann, that is 50 to 80 beats per minute creates an atmosphere of focus that leads students into deep concentration in the alpha brain wave state.

Besides the scientific explanation of what’s going on at the brain-level, listening to music can also deter external distractions. In today’s world of cubicles and open floor plans, hearing other people’s conversations can be a huge tax on your brain. Popping on some headphones helps immensely. If you’re in the market for some headphones, check out our guide of the best programming headphones. 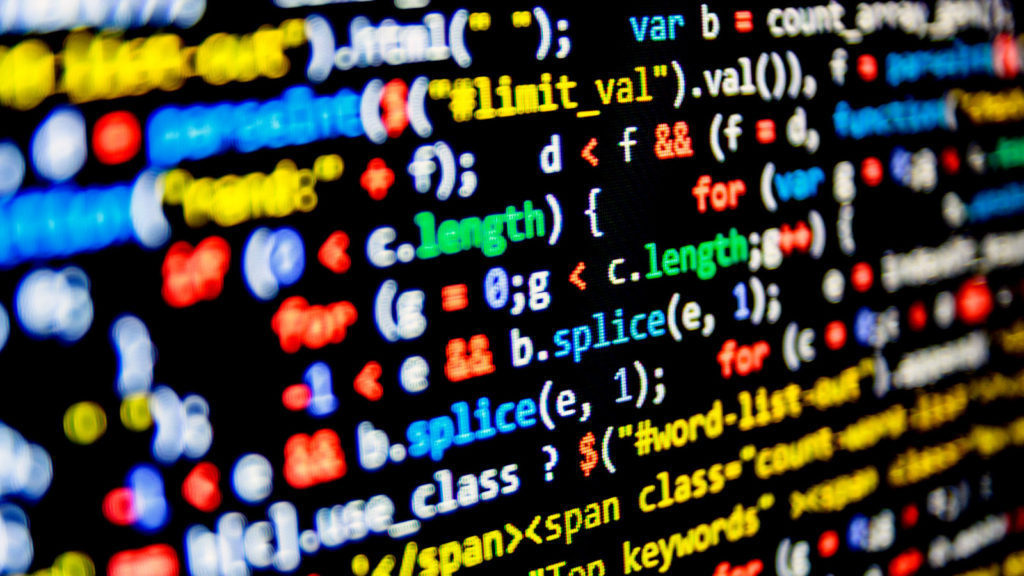 Background music is used to stimulate internal processing, to facilitate creativity, and encourage personal reflection. Playing reflective music, such as solo piano in either classical or contemporary styles, as students are writing or journalling holds attention for longer periods of time than without the music. In one study, students wrote twice as much with music than without!

Another study done by the University of Windsor and covered by the New York Times actually looked at software developers and study how listening or not listening to music affected their quality of work. Their findings?

Results indicated that state positive affect and quality-of-work were lowest with no music, while time-on-task was longest when music was removed. Narrative responses revealed the value of music listening for positive mood change and enhanced perception on design while working.

In other words, when developers were listening to music, they had a more positive mood, better quality work, and got their work done faster than without music. 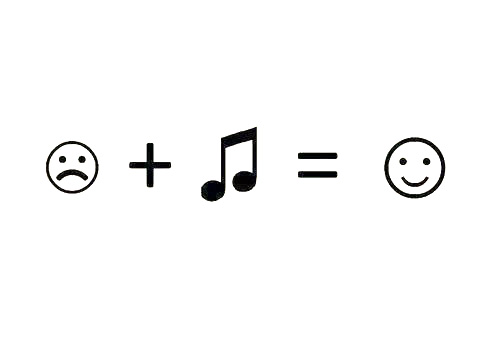 What Kind of Music is Best for Programming?

Now that we’ve established some of the positive benefits of listening to music while coding, what kind of music is best? Or perhaps, ambient noise such as nature sounds or city soundscapes are better than music?

Our advice to you would be to try out everything and see what puts you in your desired mood. Maybe you’ll find you like classic music when you want to be calm and concentrated, but when you to feel energized and focused you find electronic music to be best. 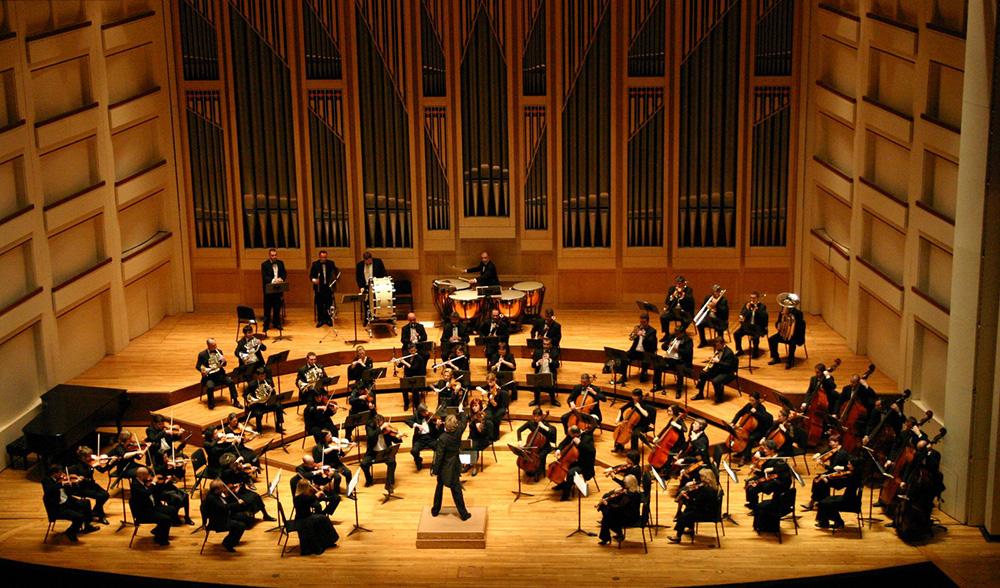 If you’d like to know where the research stands as a starting point, here’s what we were able to find out about music genres and the affect on mental performance. Obviously this isn’t a mastered science, so take everything with a grain of salt.

One study found that it isn’t the genre that’s important, it’s your familiarity with the music that boosts mental performance. For example, if you’re into rap music, you may find your favorite rap album better for concentration than classical music.

Another study has found that too much noise will harm your creativity, but there’s a sweet spot (around 70 decibels at their estimate) that will help you come up with more ideas than if you were working in a quieter or louder environment.

You’ll probably want to stick away from hard rock and heavy electronic genres that you’d typically play at high volumes as they’ll be more distracting than anything.

This 2015 study found that playing nature sounds in an open office environment was “enhancing cognitive functioning, optimizing the ability to concentrate”. 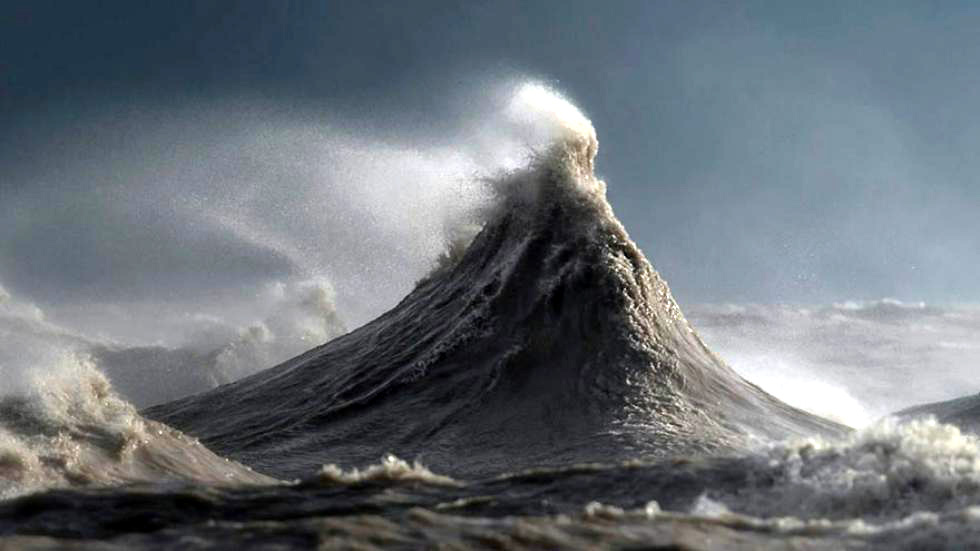 A study of 102 students at a Taiwanese university found that music with lyrics was harmful to attention and performance, but music without lyrics was not. It’s believed that the brain spends effort processing the lyrics which can be distracting from your task at hand.

Luckily for us, there’s a huge variety of awesome music you can listen to while programming. All of these resources are completely free unless noted otherwise!

Soma.fm is an internet-only radio station that was born out of Burning Man Festival and got its start all the way in 2000. While they certainly don’t have the most sophisticated website, they do have many channels that are perfect for programming.

SomaFM currently offers 33 different stations covering just about every genre out there. They regularly add and remove stations, and they also have their own app for you to listen along on a mobile device.

Groove Salad is their most popular station and features “ambient/downtempo beats and grooves” – it’s a favorite among many professional coders.

One other major factor that makes SomaFM so great is they’re completely independently run, so there’s no advertisements and all the music played is whatever the DJ truly wants to play. 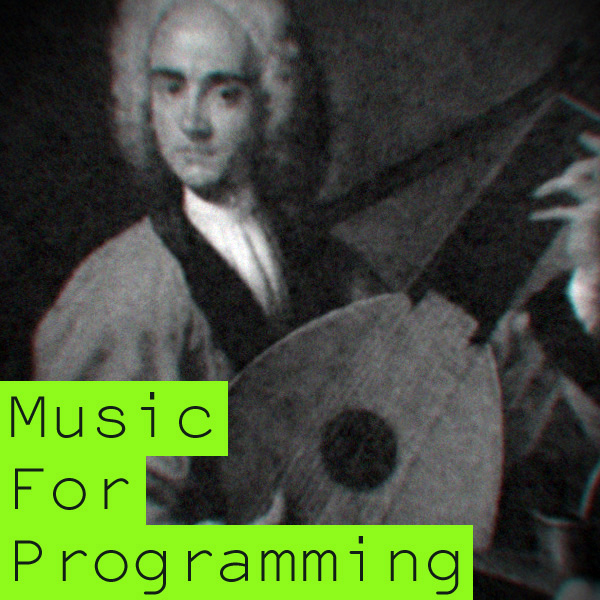 Music For Programming is a pretty straightforward site that was clearly built with one intention – to provide programmers with some great ambient beats to program to.

The site currently has 41 “Episodes” (which are really playlists) which you can select, and then hit Play. On the right side of the screen you can also see the artists and tracks in the playlist, and you can download an MP3 of the entire playlist if you’d like.

Most of the playlists are around an hour long, and you can’t skip between tracks easily (only 30 seconds at a time). Even with this limitation, this site is perfect for someone who would prefer to listen to the same playlist everyday and finds the randomness of a radio station to be distracting.

Solo Piano Radio is a free radio station that features soothing piano concerts. We find this to be a great option when you find yourself tense and need to relax a bit to focus on your coding easier.

The free stream features does have interruptions from time to time advertising the premium version of the stream, which costs $5 a month or $2.50 a month if you buy a year at a time.

The premium version of the stream features higher quality audio, more control over the playlist, and no interruptions.

Rainy Mood is a very popular ambient loop of a thunderstorm. The website features a 30-minute loop and 3 adjustable volume levels, so it’s pretty simple and straightforward.

If you find Rainy Mood alone to be a bit too plain, try to use it in combination with music like the Solo Piano Radio stream above. On their mobile app, you can adjust the volume level of thunder and rain individually.

One source of music you may not immediately think of is the soundtrack from a video game. If you think about it, video game soundtracks are designed to be background music. They’re not the center of attention, but often just “filler” that doesn’t distract you while you’re playing.

It’s not quite right to call them “filler” though, as they’re often beautiful works of art in their own right. Try one of the Legend of Zelda soundtracks or Skyrim if you’re not sure where to start. Otherwise, just search “game name” + “soundtrack” or “OST” (official soundtrack) on YouTube.

You’ll just want to make sure you don’t fall into a trap of being triggered into gaming or daydreaming about gaming instead of coding!

Ultimately, you’ll be best suited tested out a few different genres for yourself and seeing what feels right. Use all of the above information as some initial guidelines to point you in the right direction and see what happens.

Try to catch yourself if you’re becoming too consumed or distracted by what you’re listening to, or if it puts you in the wrong state-of-mind.